I would be interested in any comments on this protoype of a conflict minerals dashboard. 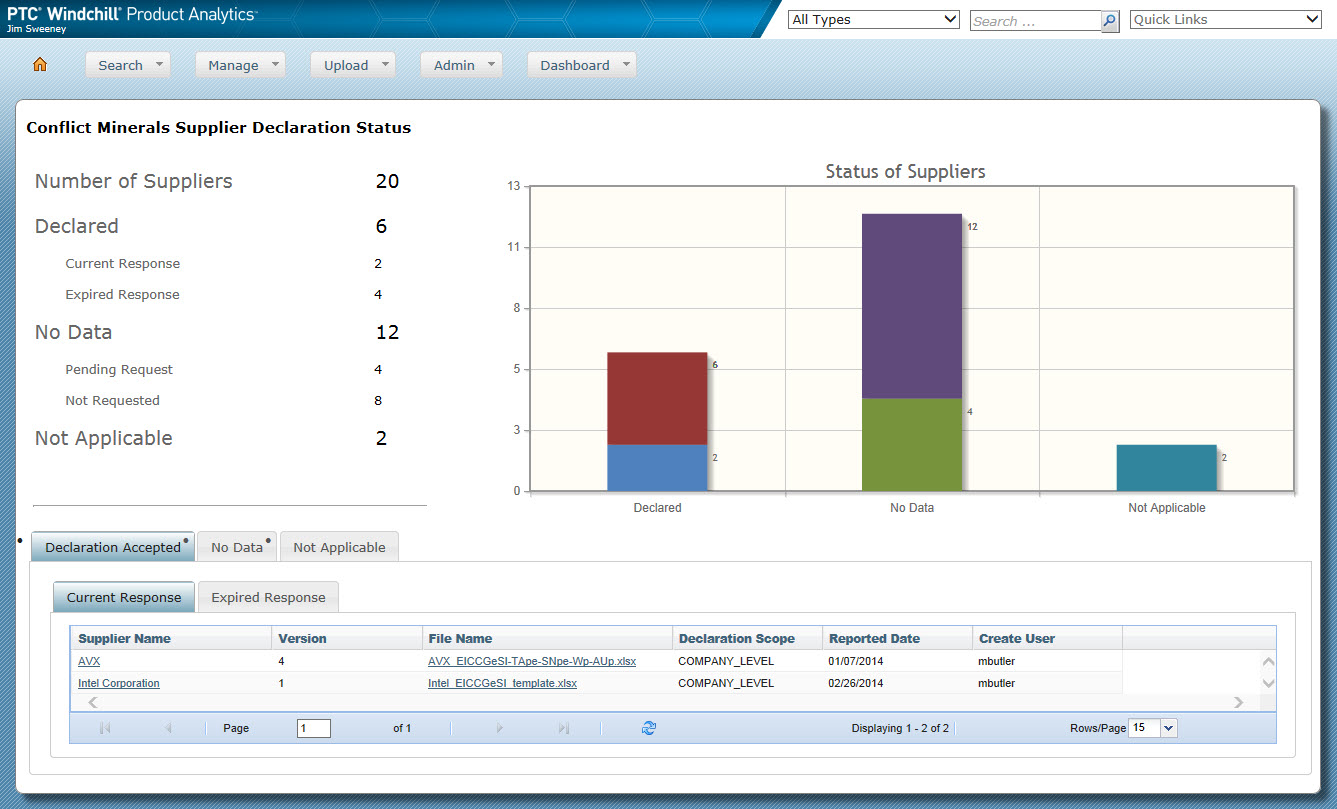 Will we have the same for Environmental Compliance?

Is planned to allow export of shown tables to excel?

The dashboard looks far more useful than today. Its usefulness really has to do with how the data is caclulated though.

How is Not Applicable determined? Is that calculated based on the fact that the FMD shows no 3 TGs? Manually changed at the Supplier Part &/or the company part?

Would the dashboard run the calculations based on a list of PNs? List of suppliers? Single BOM? &/or a collective of BOMs?

My preferences would be N/A deteremined by 3TG declaration in FMD and ability to change at the Supplier Part level (kind of like how we can do that for RoHS at he company part level today) for those parts that don't yet have approved FMD for some reason. Company part would never make sense for us as one manufacturer could conceivably use 3TGs while the other does not.

For Conflict Mineral reporting we really need the ability to process several BOMs &/or Suppliers at once in order to make determinations by product categories or our entire product line produced in a timeframe, so having it at a singular BOM level isn't as helpful. But again, this is at least better than the dashboard today.