So, here I was at a new company 13 years ago with one job, setup PDMLink and get everyone using it. It was tough enough teaching the users a new system but on top of the latest CAD features, we had to teach them how to associate their CAD models to a WTPart. Owner is the default, there is contributing content and blah blah blah...just read this presentation Best Practices for Creating and Manging CAD-Centric Product Structure in PDMLink 9.1.

Which one do you use? I wanted to ensure that WTParts were created and linked to the CAD model. This would ensure that when someone used that cad model, it would be reflected on that assembly's BOM for its WTPart. Users would have to choose what type of association they wanted ahead of time before check in or via Auto-Associate. Not happening.  Users are creatures of habit. The easiest course to do is accept defaults, auto-check in and blamo, move on to next assignment.  The first decision was to force "Auto-Create or associate" on for the check in process. I would get the WTParts and it was easier to deal with the 1-2% of the time where the CAD model did not need a WTPart or the link type should not have been owner.

This had a downside when it came to creating a BOM.  Owner links would lock the BOM line item to the CAD assembly.  You could not change the quantity or remove the line without changing it in the CAD assembly or disassociating the CAD assembly from the WTPart. We could not un-associate since on revise, we would have to reassociate later. I needed them to stay linked on revise.  CAD assemblies also sometimes did not match the BOM exactly. That table you wanted to show in your drawing is not really part of the BOM or for whatever reason, the quantity was different. An easy use case is "as required" or "as needed".  They show some epoxy item in the CAD assembly but on the BOM, its not each, its "as required", some undefined amount to be determined later on the floor.  In some cases, these materials are point of use.

So, what to do? The solution came by using view versions. OOTB, PDMLink came with Design and Manufacturing views.  We renamed Manufacturing to Engineering and this became our "EBOM", what we push to ERP systems. It allowed us to stay linked in the Design view for revising but allowed deletion and unit of measure changes on the BOM in the Engineering View. It also had another benefit. Because of the default rule on creating Owner links, we had a ton of CAD assemblies with BOMs that were total crap.  Some nasty STEP import by a fly by night contractor and walla, crap.  If there was not a released, Engineering View Part, you can ignore the crap, and your system has that new Orbit "ting". 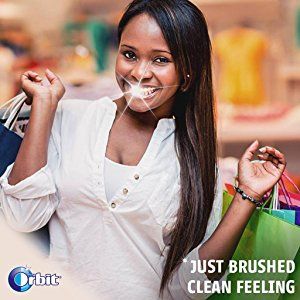 Fastforward to today, we have a few more options. Attributes that can dictate Part creation, a well educated user community that understands part associations and new options in 10.2. So what does everyone else do? Remember, we started the a long time ago. Does you CAD match the BOM exactly? Running wild with bulk items? Have no idea what I am talking about?  Would love you hear from you. Its good to get a gut check every now and then.

This sounds very similar to the issues/struggles we are facing right now.  We have just now begun building WT Part BOMs and are working through the complications of explaining why a WT part is needed.  I'd love to hear where you are now in your process? what have you learned? are you using BOM transformations?