In the old repair system there was an option to project curves on to surfaces. For example it you were removing a radius in repair mode you deleted the surface that made the radius then edit the surfaces around the new formed gap to change the loop to make everything join again. It was time consuming but it worked.

Does anyone know how to do this in the creo2 IDD? I am trying but have yet to figure it out.

Well, after some reading and practicing I figured out how to do the projection. But using it is another story, I am having trouble with that, but it seems like it might be the quality level of this imported geometry that I am using.

Hello, see in video if this is what you want to do.

I did it(in the picture) by adding 2 new surfaces. But it doesn't look "correct". Basially that was removing a radius so there was a partial hole there that I projected the curve up to the flat surface. This was the one hole out of about 5 that the Flexible remove would not remove. 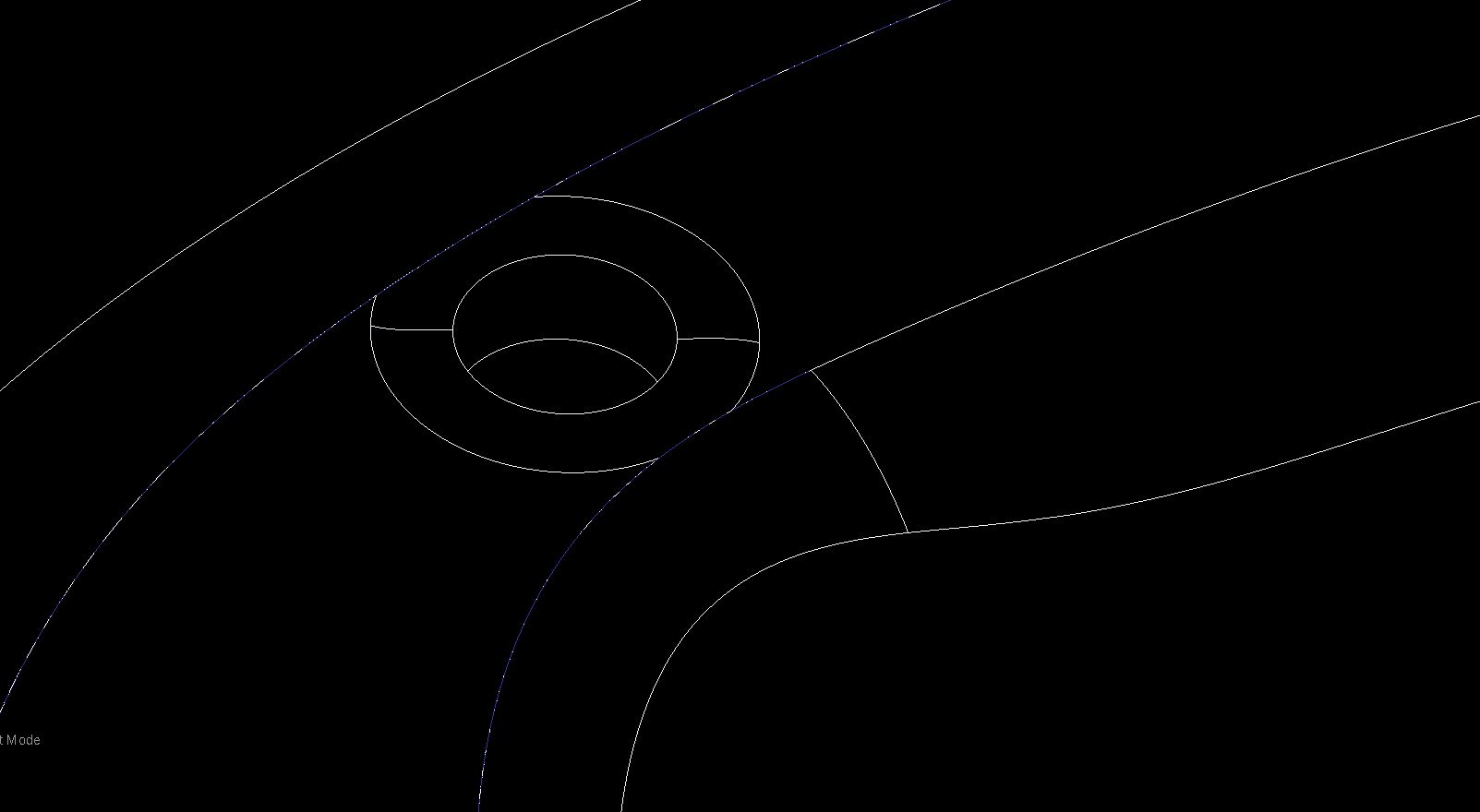