Is anyone able to add tables to an MBE environment yet? Specifically BOM tables with associative balloons?

This thread is inactive and closed by the PTC Community Management Team. If you would like to provide a reply and re-open this thread, please notify the moderator and reference the thread. You may also use "Start a topic" button to ask a new question. Please be sure to include what version of the PTC product you are using so another community member knowledgeable about your version may be able to assist.
Labels:
0 Kudos
8 REPLIES 8

Have you gotten any additional information on this?

Sapphire II
(in response to TobyGillis)

What is an MBE environment?

I believe 'an MBE environment' means that you have a solid model, and document it according to standards like ASME Y14.41, with the goal of not needing a drawing to provide the necessary documentation.

As of now, model-based detailing standards do not include tables, or various other aspects of 2D detailing.  If you want to have a BOM table with ballooning, you'll need an auxiliary drawing.

Topaz I
(in response to mender)

I looked at trying to create genuine Component parameters, but it doesn't work as the vocabulary would suggest. There should be a way of associating parameters with each piece part within an assembly as well as each base model. That way I could indicate that every use of a part had a high level item number and that each individual assembly had a unique, changeable index.

So, all 1/4-20 x .75 screws of a certain type would get a a parameter that would be reflected in querying any of them as a base model in the assembly, as well as being able to say that the first 3 were identified as 1A, 1B, 1C, for example.

Then, when writing the process the writer could refer to the base model item number in the BOM and individually in process steps as they are installed.

Even if they were only handled on a part-by-part basis, the way the feature_id is done, I could bounce the list of all parts and see if the same part was assigned different item numbers.

All of this would happen at the assembly level as the same component could end up in multiple assemblies.

It would be ideal if the identification flowed up to Windchill/was driven back by Windchill, so that an accurate BOM, with find numbers, could be viewed there. As it is, I can create multiple repeat regions and assign any item number to any part in any of them.

AFAIK Creo doesn't offer this level of downstream support in its MBE approach.

Topaz I
(in response to dschenken)

OK - I tried this today and each component can have it's associated in-assembly parameter, but that parameter does not seem to be visible from the model tree. It also applies at the individual level so I could create two params - one for the Item number and another for the per-component reference.

However, it requires picking each component one at a time to add this and, because it's not visible in the model tree, it isn't apparent which components have these parameters and which don't, which is likely the reason I discarded this as a useful option.

Emerald II
(in response to dschenken)

David Schenken‌, you can add component parameters to the model tree by using the "Feat Param" list and them manually typing in the names. 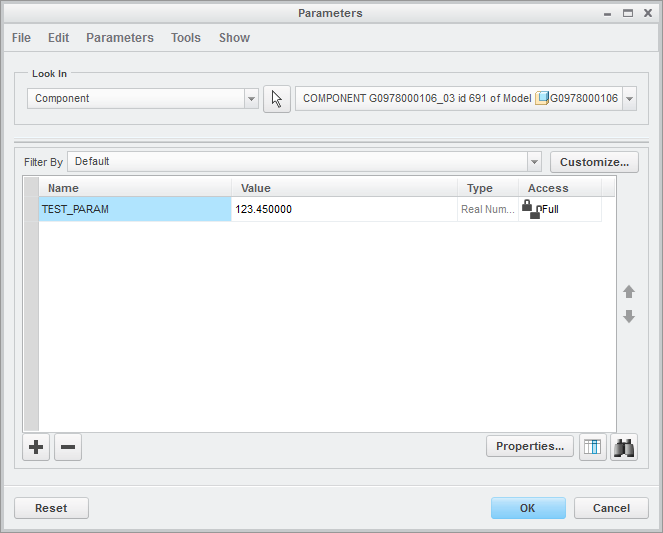 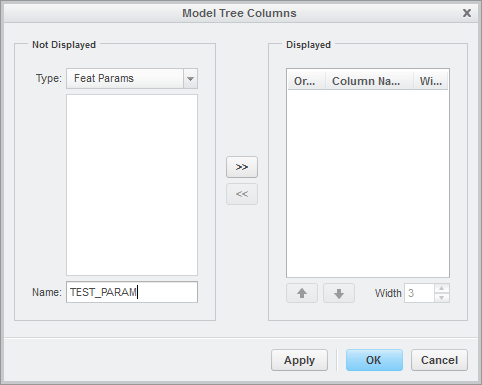 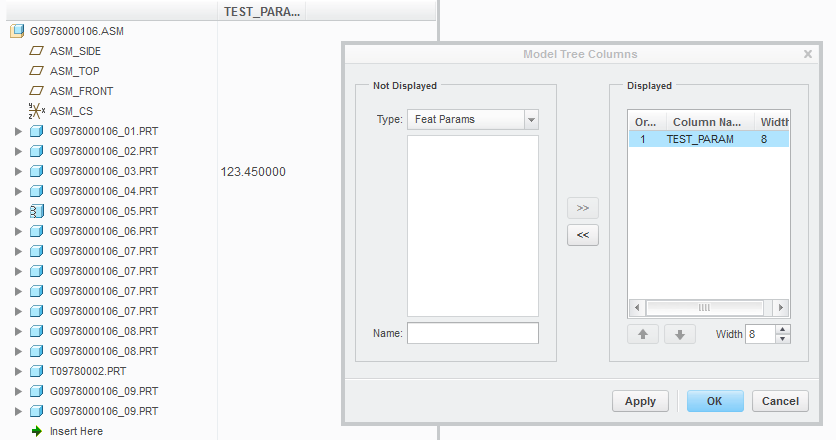 Topaz I
(in response to TomU)

I believe I tried exactly that and it failed to populate. Maybe I was stupid and tried to add a component param, because it's a component param as it is clearly assigned in the component and the repeat region refers to it as a cparam.

It tires me out to play guessing games with the Creo interface, but it still doesn't relieve me of doing that process to hundreds of the same part when it should only need to be done once.

Participant
(in response to TobyGillis)

You can create/place symbols in the 3D environment that look like BOM balloons, but without the Pro/Report functionality to drive them, they are "dumb" symbols and find (item) numbers must be assigned manually and the symbols placed/attached manually. A long way from viable functionality.