Solidify/Cut issue in Creo Simulate containing an assembly with pattern

Solidify/Cut issue in Creo Simulate containing an assembly with pattern

I “suspect” that the command Solidify or Cut is not behaving in well in an assembly containing pattern inside Creo / Creo simulate. So far there is no explicit restriction when using it.

As we know solidify/cut is very useful to explore symmetry in FEM to reduce computing time. Especially in Creo solidify is a good approach if your model contains components having volumes regions to be used inside the simulation. From my experience it is easy to “lose” these volumes made in the CAD parts when you have an assembly that was cut using extrude/revolve feature – but this is another case…

The below assembly (4 CAD parts) was also made patterning some sub-components. 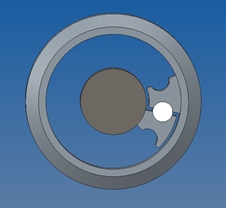 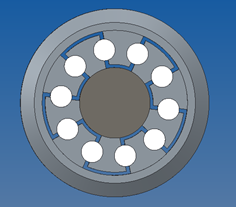 When I try to simplify it using the feature "solidify" (fig. a) the result is bad. If instead I create a volume to cut half of the assembly (fig. b) the result looks god – but not once the model is inside Cre Simulate (fig. c, d)! 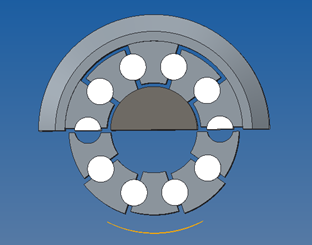 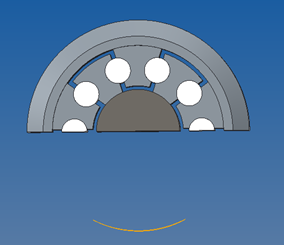 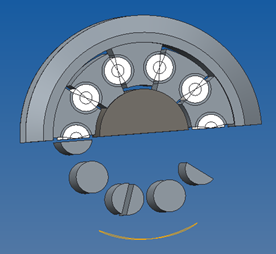 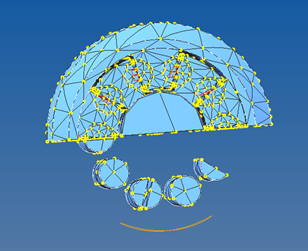 I do not see any logic or restriction why these commands should not work well with pattern. One can argue that since the model contains pattern we can pattern just enough to create the symmetry. This is indeed what I think I have to do in this case but truly it is not the best way since you have to build the model again – what can be very time demand in some cases.

_Has someone faced such problem and found a solution or work around?? I´m using Creo 2.0 M150.

This thread is inactive and closed by the PTC Community Management Team. If you would like to provide a reply and re-open this thread, please notify the moderator and reference the thread. You may also use "Start a topic" button to ask a new question. Please be sure to include what version of the PTC product you are using so another community member knowledgeable about your version may be able to assist.
Labels:
0 Kudos
Reply
Notify Moderator
9 REPLIES 9

This really is a problem that I met before. The solidify functionality sometimes doesn't work. You can use extrude-remove material to cut what you don't need. Maybe this is a workaround.

Thanks for confirming the issue

In my example the extrude cut "worked" in the CAD environment (fig b) but once in Simulate the assembly came degenerated having some cylinders included (fig c) - consequently this was not a solution.

However Paul just sent another assembly that suffers the same problem when using the function "solidify" but on the other hand a "extrude cut" shows the same model in CAD and in Simulate. In this case "cut" worked well.

My conclusion was that the way as the assembly is made seems to have an influence - although it is difficult to determine what will work.

Since this is a problem the best way is to plan in advance the FEM model and try to avoid to make use of symmetry by cutting the model in an assembly with pattern.

Ps: A bit off topic:

In the same way it is a very good practice to create any volumes (in a part or assembly) before to cut the part/assembly.

model in simulate is not the same cad-model.

The cutting plane used in a solidify feature has to intersect the geometry for it to work. At the part level you see the same thing happen when you add a plane that intersects the geometry and then drag the plane in the direction opposite that the direction arrow is pointing. More of the part is removed and when the plane no longer intersects the geometry (part is entirely on the side of the plane where material is to be removed) the entire part is displayed. Since the cutting plane doesn't intersect the geometry of the parts (shown in your picture a) in the assembly the material isn't removed.

But I´m sorry to say that I could not understand how your explanation can be applied in the assembled case. Or is it basically a comment?

Just to make sure I just picked-up a datum plane of my choice and applied the command found under ”Modifiers>Solidify” in the assembly model.

From my understanding it simples “cut” the entire assemble to the left or right depending of the choice.

The problem is that or it behaves completely erratic or there are some important rules to follow – that I really don´t know.

For example here is the assembly model “fe_asm0_v2” that you can find in the message from Paul (above). I have just added two new datum planes.

I created a diagonal plane in the height direction and the solidify result was ok in CAD and inside Simulate.

Now I just created an offset plane in the side direction. The result is bad and also completely different depending even the direction of the cut!

Indeed the best solution is to prepare the symmetric model since the beginning (a suitable CAD parts design) and not after, using cut-extrude or solidify function in the final assembly.

"Cut" and "Pattern" have relationship problems when sharing the same assembly...

model in simulate (fe) is not for cad features 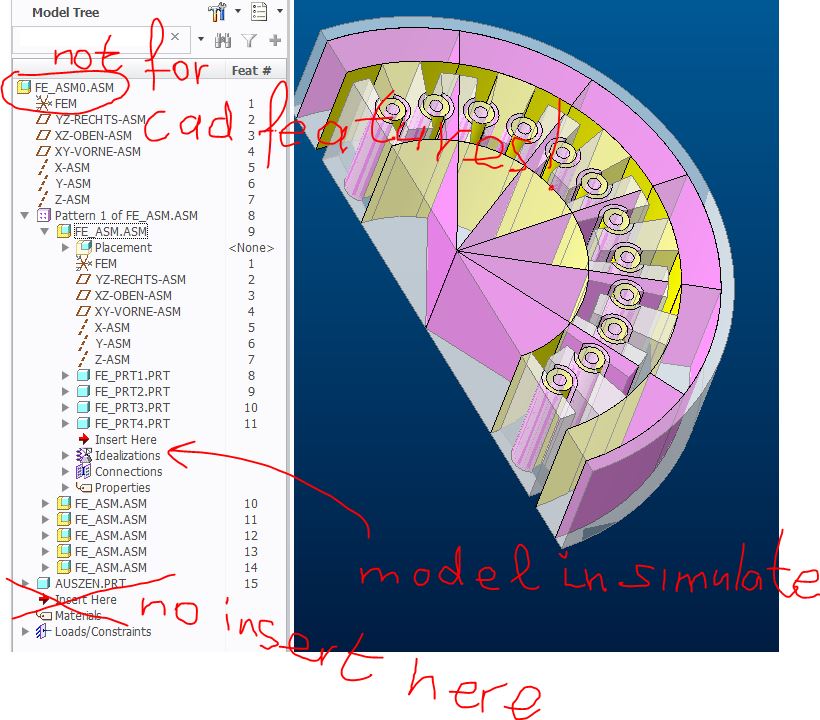 In order for a solidify feature to remove material the feature used to cut the model has to meet certain conditions it doesn't just simply remove what's to the left or right of the plane. In the case of a cutting plane (datum plane) the plane must intersect (pass through) the feature geometry or model geometry.

I'm not a Simulate user but from the steps I've seen used to prepare models I could see where an assembly cut might cause problems if my assumptions are correct. My assumption is Simulate would want the cut at the part level. Since you are using a pattern of a part you run into problems since you have a part in three states: no removal, partial removal, and complete removal of material. My guess, based on on what I'm seeing, is your original assembly with the hub, outer ring, cylinders and retainers would only end up with the hub and outer ring if the intersected cut was redefined to intersect at the part level.

The solidify/cut function in assembly belongs to the CAD and this should not have difference in the FEM environment. So what you get in CAD should be the same in FEM.

However this is not always true as I showed in the figure “b” and “c” where cutting half of the model is ok in CAD but is displaced (and meshed) wrongly in Simulate. So I believe that there is a bug here but it can be much related to how the part is model because I could get away of this problem just by modifying the original part (ex. not using project or offset a reference) – don´t ask me way.

I think you are not far away analyzing the way as Creo cuts an assembly. If you analyze the pattern after a cut in assembly you can see extra cut volumes. If In a pattern the volume is not there it means that it was not created. Why it was not created is the open point.  It can indeed be that sometimes the plane can intercept “everything” but in other cases it finds an “empty” and the part is ignored.

One could think that choosing the “right plane” like selecting a plane from a part that is also patterned in the same way could overcome this problem. Unfortunately this is not the case because the result is the same.

Even if this is not a “bug” I feel that the command could be more robust with some options to force the cut. I could not find the document again but it seems that you could even set in Creo that to not include some parts when cutting an assembly. So if you can define the parts not to be cut you could also define how all the parts are cut – like a “cut up to”.

Anyway, I got enough examples in this discussion to create the right assembly and not I´m aware now that cuts in an assembly with pattern can have unexpected results.

So if you have the option, avoid it!

Taking the chance, I would like to thank you all for the contributions.