I am looking for users that have experience designing injection molded parts that are molded in a flat state but adopt a 3D topology in use. I have been challenged by some users to develop a method that allows for the design of the parts in a 3D state that can be flattened for mold design. I am curious to see how this may be handled in other environments.

We are well aware of the mathematical constraints surrounding surfaces that can be developed. This is critical to being able to create a flat pattern from a formed shape. Based on this we currently approach this by designing the flat pattern part and then "morph" it to the assembled form. Both states of the part are needed in the CAD during design for verification and validation prior to tooling the parts.

Some users have argued that they would prefer to model the 3D formed version of the part and flatten it when released for tooling. While this may be a preferred approach, I do not see how to do it without consideration of developable surfaces during the whole design process. Without this the part will not flatten without distortion.

I have used a hybrid approach where the flat (as molded) version is designed simultaneously with the 3D formed version. The downside of this is that it requires a very high level of competence in Creo and use of some arguably convoluted techniques.

I have also tested methods that use material properties to predict deflection when assembled. Conceptually think FEA based on forced displacements although it is a bit more complicated than this. This requires that only the flat version is explicitly modeled. It is currently an iterative process but could be more automated.

This is an example (simple) of a polymer part that is molded flat but adopts a non-planar topology when assembled. 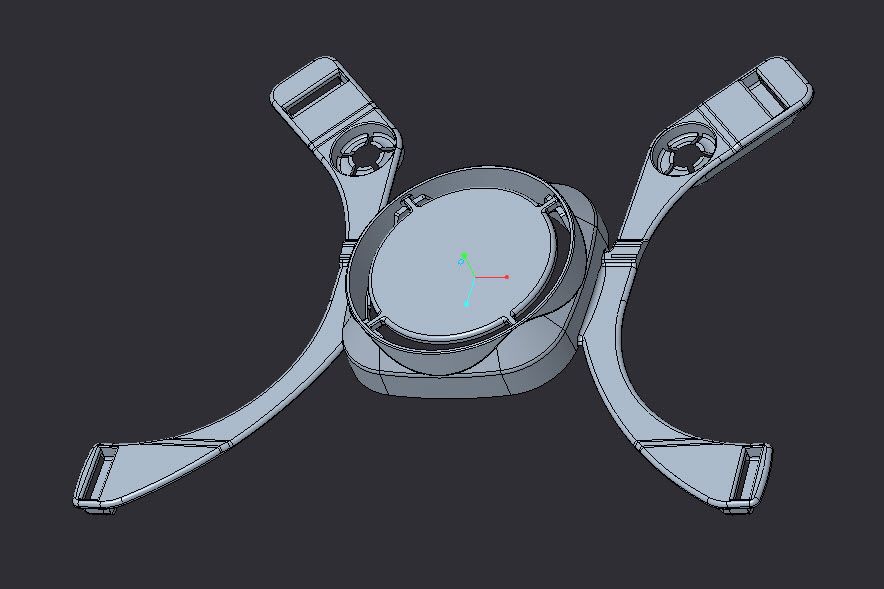 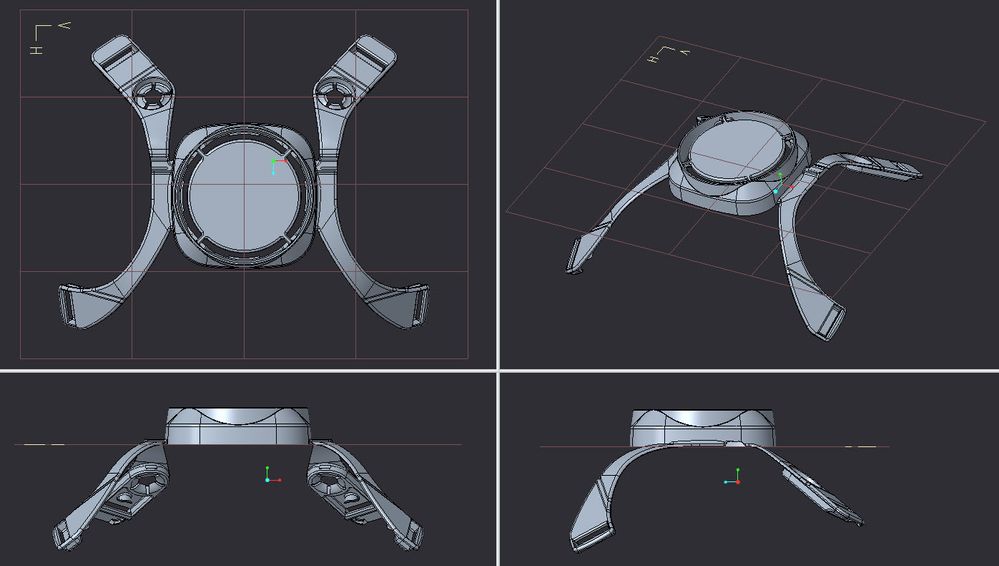 THAT looks like a PITA....but a fun one!  Looks like you're using "Warp" commands?  It would be nice to be able to "mold" a part onto a shape, kind of like using a Die in sheetmetal, then work backwards from the installed part.

I have explored the warp feature but IMO it is not suitable for use as an "engineering" feature. It is freeform and lacks explicit parametric control needed for precision. We do not use warp for engineered design intent. I am aware of some industrial design departments using it for form development, in that context the freeform nature is manageable.

Spinal bend would be the closest match to a "warp" where the design intent can be parametrically captured in a manner that can be directly controlled by the user.

I agree, that's my issue with Warp features.  I WILL say they seems to be extremely robust though, AND seem to produce C2 surfaces in most cases.  If there was actual numerical control over them they'd be my favorite tool!  I've played with them for fun, but never really learned them because of the Engineering shortcomings you and I both noticed.

Have you tried Toroidal Bend to get those flaps?

Have you attempted the "Flatten-Quilt Deformation" in your workflow?

Yes, flatten quilt has been tested. It is not a robust solution for most geometries and does not represent a true flat pattern that can be trusted to release for tooling even when it does regenerate.

If you have designs where you use flatten quilt that require fidelity relative to reality, then you would be better off using a 3D to 2D pattern synthesizing algorithm. These will account for the distortion (stretch) in the material you are flattening. I am not aware of anything in Creo that can account for this. One option is https://www.exactflat.com/

These are generally classified as flat patterns for surfaces that cannot be developed in the mathematical sense.

A practical example of what is happening with this general type of problem is paint protection film applied to auto bodies. The patterns are cut on CNC plotters from flat rolls of film. The material must stretch to get it to contact the car over the entire surface. If you view the film through a polarized lens, you can often see the induced stress in the film (from stretching) once it is on the car. These areas will present as Moiré Fringes when viewed through a polarizing filter.