Here's a problem that I'd like to solve, using Mathcad, but I don't know where to start because I lack the proper domain knowledge. Is there anyone who can help me on the way? 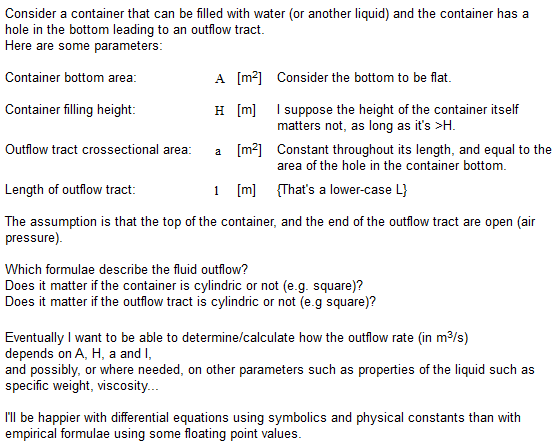 Thanks in advance for any help.

I started off from your first attachment and built this: 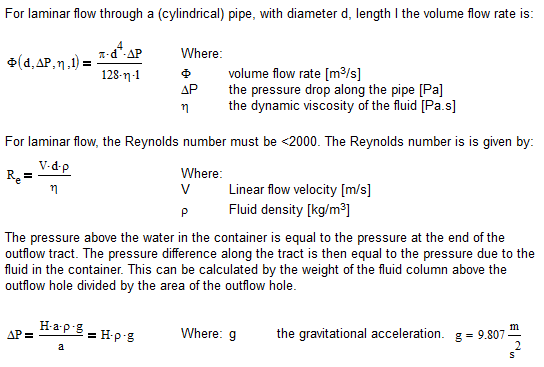 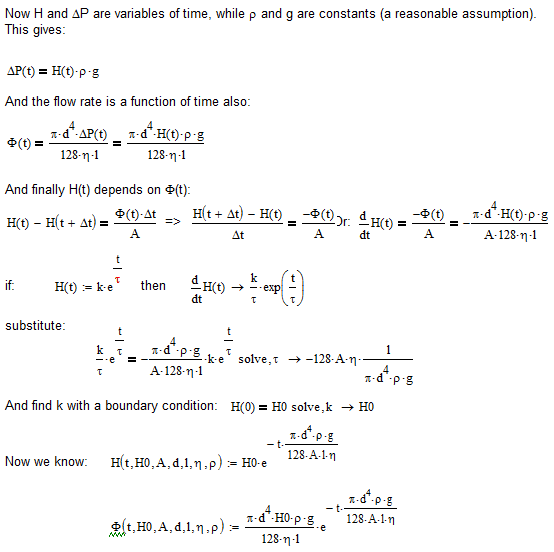 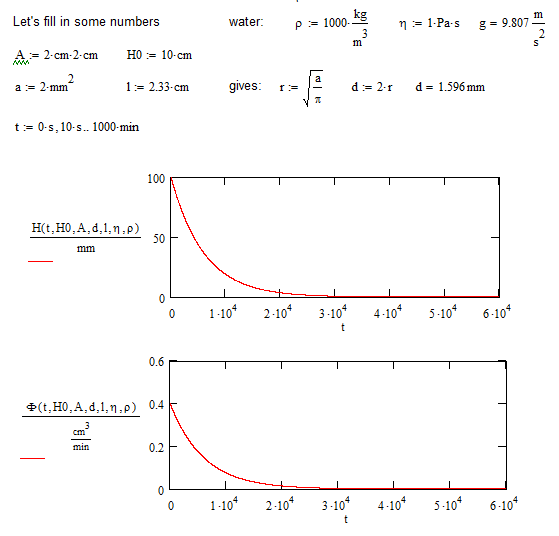 This should do it.

You should read down through the thread, and look at the later worksheets. The early ones only have filling of the pond, but the later ones also have draining of the pond, which is exactly what you want to do. Fred (f.kohlhepp‌), who knows a lot more about this stuff than I do, had a lot of input too, so the later worksheets are much more detailed, and have some errors worked out of them.

Thanks, I'll take a second look at a later time.

Does this help at all? I think I got it from the old collab. The date saved was 2008.

Thanks Norm, but this one doesn't use a tract, just a hole.

The thread I pointed you to has a container with a pipe attached to it.