I had a tread dedicated to the "malicious bug". The thread has been zapped by unknown, if not by myself then by PTC. This thread explained for the XXXX times the "malicious bug" c/w the diagram, it does upset PTC : fine ! Since my flaming report and the removal of same report, the bug is still there and worse ... I had no problem opening and working on the Newton [today] because it had transited. The LL "RowEchelon Example_Handwork.mcd" has been saved 11 but didn't transit, therefore does not open . I was specifically recomforted to the effect that PTC is working hard to make sure that 14, 15 would be made available saved as lower versions, but today it does not at this very moment. So, I was told a lie ... my proof has been destroyed, but the bug not removed.

I suspect The Illuminati are behind it.

The source is really "the illuminati" who declared in this forum that PTC had interest in their versions only, tolerating exchanges from MathcadMathsoft versions. So many viewers might not have agreed and reported their dissatisfaction so that few days after there was another declaration that PTC was "working hard" to compatibilise PTC versions. My interpretation being that the malicious bug would be removed so that 14 saved 11 would neither crash the 11 collabs or more naturally open in 11. You don't have that bug because you spent $ with PTC, but that's no reason you get involved with what you know nothing about it unless you are sold to PTC. It could be related to the "Mathcad facebook". Remember when Dan got surprised about PTC communities OFF every day at night, I replied OFF 21:00 ... 24:00 . Have you noticed any come back, any action ... nothing. That the "Mathcad facebook" sucks the memory as soon as opened, nothing was done, not even acknowledged. Only in Mathcad, I rarely get "your computer is low in virtual memory" ... if I open first PTC communities and no Mathcad, I get that message even before any visit to the communities, what's that joke ! I complained the spell check was very poor, PTC made it worse : no more proposal for words !

Whatever, it's damn insulting for the collab posting *.mcd today, probably expecting 11 to open but it didn't and he does no know it does not open 11 and as much insulting for myself having spent lot of time help this collab and double insulting that "malicious bug" not being addressed , I would say that PTC is enjoying the fact that their "malicious bug" is effective !

If PTC has spent $ to "compatibilise", at least today they are confirmed the $ went down the drain.

What's an enterprise that has no QA ?

We don't spend our time devising malicious bugs for users. If you have a problem with reading files from this forum, that no one else has reported, then you need to check your software and your system.

We provide this community for users to talk to each other in a courteous manner. I'd appreciate it if you did the same to us.

Like I said, it's not you. It's the illuminati. What you are seeing is one small step in their quest to control all the Worlds software and, eventually, operating systems. PTC may even have been infiltrated! Has anyone suggested to you that the logo for Mathcad Prime should be changed to something like an eye in a pyramid? If so it may already be too late, and we are all doomed to a life of mathematical slavery!

I'm pretty sure that there are not any malicious code inside mathcad, any version. And can't tell this of any software.

If the file in question is

open it with notepad for check that the version to open the file is mathcad 12 (and mcd is the extension for this version).

If LL have version 12 or higher isn't my business, and is their pleasure saving their files to upload in the version that he want. Enventually I can ask him if have time to please downsaving the file in version 11, just as a favor.

But the reason for posting was to remember the very nice images from the old versions, like the splash screen attached: it's art!

Yes, you are right. That's why it will not open even in my MC11, which does not have the malicious bug installed. Oh well. Another great conspiracy theory goes down in flames!

I still think the moon landings were faked though

Yes, now I see it again I remember that splash screen. I think version 7 was quite colorful too, but I'm not sure after that.

Mathcad 8 had a huge orange ball. 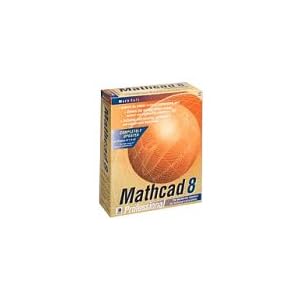 But my favorite was the original StudyWorks box, featuring a Harold Lloyd look-alike.

Here's the splash screen from the setup: I don't know if it's identical to the main MC8 splash screen, but it's probably at least close.

I got that from the MC8 CD. I also have the MC2001 CD, but I couldn't find a setup bitmap on that one

Finally the origin of my mysterious office wall ornament is revealed! 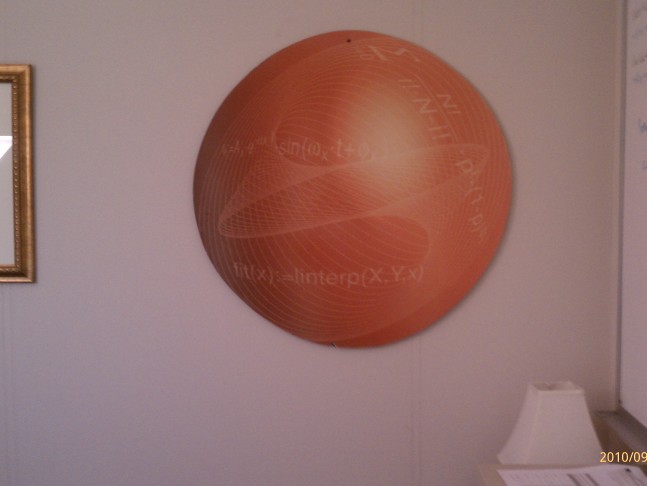 Even more confusing, why ?

The MCD 12 disatisfied collabs were countless. It was then explained that 12 was a "web version" [texto !]. So, wasn't it a version supposed to open in any previous versions like a "Mathcad browser" that existed at time of Mathcad 8 [for instance]. If I'm misinterpreting "web version", what is then a "web version" ? Not even a PDF type of coding ! ?

The native Mathcad 12 file format (extension .xmcd) is XML. You can open it in notepad and look at it. It doesn't look like a page of math though, it looks like a page of XML. The Mathcad 12 .mcd file is binary, and behaves just like the binary files in earlier versions. It can only be read by a version that is the same as, or later, than the one hat was used to create it. Also, although a .xmcd file is XML, a version of Mathcad that is earlier than the one that created it will not open it (because later versions implement new features and changes to the XML)..

Lovely splash, the spherical objects were done in Mathcad . Maybe the bars too [?], then the all lot turned up by an artist composer. A beautiful splash, very convincing about Mathcad .

We don't spend our time devising malicious bugs for users. If you have a problem with reading files from this forum, that no one else has reported, then you need to check your software and your system<

I would like to trust you Mona, but I first and only trust the facts.

Simple: solve the equation of the bug .

Sure, no one else who had spent $ to PTC have their multi millions licenses working and not carrying the bug back. Assume it toke me 10 observations of the phenomenon and the "one else" collaborate 1/100 of what I do, they only have a fraction of the phenomenon. Have you ever though that the way PTC makes so difficult to license and activate their purchase, easy to code 14 [per say] to be incompatible "saved as 11" and be open by non PTC license owner. If you can't check by yourself, how can you trust and report what you are told. Think again how easy to code the "14 save as 11" to save correctly to those users owing a PTC license but not for those who don't have a PTC license. If that is PTC philosophy: fine, but you don't have to denied it otherwise. An inadvertent bug or consequence of bad coding: I could have taken at the very early stage of my report as acknowledged and logged, but that' not the case. It mightbe worth checking that "facebook" server for any redundant infection. I support that last presumption from Dan the other week when he got surprised about the community OFF every day between exact 21:00 ... 24:00. Did PTC got a cheaper price on that restriction ? How come Dan was not aware. In my opinion, at PTC there are lot many victims of the "illuminati". I want to make clear that whatever, I will continue doing my best to collaborate but will remain of no commerce and can't change the facts just to please. As it looks from many other kind of reports, the relationship between PTC and Mathcaders is not harmonious.

Or perhaps it is the Illuminati! Maybe they have been in control of Mathcad for years, and added the "malicious bug" code to version 11 when it was written, knowing that PTC would buy Mathcad, because they had also infiltrated PTC at the highest levels before Mathcad 11 was written! Maybe this is part of the plot to take over the Worlds software!

Amusing; are things that slow at work?

Someone must be confused. You can't even start M14 without a license, so you can't save anything, be it M14 or M11, without the M14 license in the first place.

That is not possible. The zip file or Mathcad file you download is just a chunk of dead data. It can't do anything. The forums do not access your PC or open Mathcad. Your copy of Windows opens Mathcad when it sees the Mathcad file extension. The only way the forums could access your PC is if the download was accomplished via some sort of script (for example a Java script) rather than just a direct file download, and that is not the case. Even if that were the case there is a limit to what a Java script can do, and unless your security settings are set ridiculously low it would not be able to poke around your PC looking for license files.

It is easy enough to put this to bed once and for all though. You have my email address. Email me one of these files, because if it was corrupted by the PlanetPTC download then there is obviously no way my PC can fix it. To be absolutely sure though, tell me the exact number of bytes in the file and I'll make sure my PC doesn't surreptitiously change it. Then I'll tell you if I can open it in version 11.

Of course, I could be a member of the Illuminati, and just lie to you about whether or not I can open it!

Or, just post the file, and let us all in on the fun!

Ah, but then the malicious bug hidden in the forum software will undo the changes. Very clever people, these Illuminati! That's why one day they will rule the world!

I found (a lot time ago) the iluminatti routine, but I not associate it to the world domain. In mathcad 11, check for routines like "set_the_stupid_until_global", "stupid_idiot_untilcheck" in cengcore.dll or "stupid_err_value" in mapleeng.dll.

You are right! They are in mulitple DLLs, in both Mathcad 11 and Mathcad 13! It's them! The Illuminati! They are everywhere! We are doomed I tell you, Dooomed!!! Gaaaaagh....!!

New avatar for you Richard!!!!!

Could this shed some light?

That can't be. First, it would be extremly bad practice for one piece of software to replace parts of another peice of software during installtion, even if they are from the same company. I find it hard to believe that anyone would do it. Second, after installing version 15 I repaired the installation of 11, which would have undone any changes version 15 made.

I am sure the "malicious bug" is just a figment of Jean's imagination.