We have some models that we're trying to do object recognition with the model target widget. The object though is very parallel, flat, and fairly un-interesting other than a handful of holes cut into it. With it being such a simple model, it tends to track onto the wrong area, or even other things in the environment that are parallel. (we're trying to avoid using a magnetic ThingMark or Image Targets in this scenario)

What we'd like to do, is keep the outline image up (I could re-produce that part if necessary), but not actually start the model target scanning until a button has been pressed once the user has lined up the outline. The thought being that it's more likely to latch onto the correct placement if it's already aligned once scanning starts.

One option, would be to create the model target on the fly in code. Though I haven't been able to find any examples of doing that.

Second option, would be functionality on the Model Target Widget that turns the tracking scanning on/off. Or even just on, if it started in an off state.

Any help or suggestions would be greatly appreciated.

Aquamarine
(in response to ghoofman)

Re: Create Model Target in Code and/or Delay Object Recognition 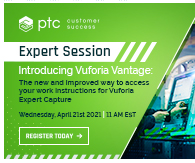