Here, I am going to explain about the advantages of shell idealization over the solid model. I have done Geometric Element Analysis on sheet metal bracket using Creo Simulate (Pro Mechanica)

I have considered 2 cases, one for the sheet metal bracket with the 3D solid model and another one for the same component of 2D Shell model.

Following Boundary Conditions and Design Considerations are taken for the analysis

The drawing details of the model Considered for this analysis

In Creo Simulate, the default solver is Auto GEM, which uses p-method to solve the model i.e. It uses the highest polynomials order of each element to solve the element equation instead of changing the number of elements (like FEA method) i.e. it changing the element shape to get the better result. That’s why Creo Simulate also called Geometric Element Analysis (GEA) application.

In this case, the model considered as solid. The model meshed with the Auto GEM option with the maximum element size of 6 mm.

In this case, thin mid-shell made on the solid model using shell pair option in the Creo Simulate & meshing done with the Auto GEM

From the chart, it clearly shows solid model takes more time for meshing than shell model because it creates large number of 3D elements while the shell model requires less number of 2D elements.

These figure shows the difference between displacement analysis of solid and shell model. The result variation between both cases are less than 1%.

From the analyzed result the deformed magnitude displacement of the solid model is 2.44 mm and the shell model is 2.49 mm. The variation in result between the both cases are very low.

Creo Simulates (Pro Mechanica) provides the powerful option Shell pair for extracting mid-plane from the solid model. Analysis with the mid-plane efficiently savings the time taken and the disk space for an analysis.

See more articles in my blog 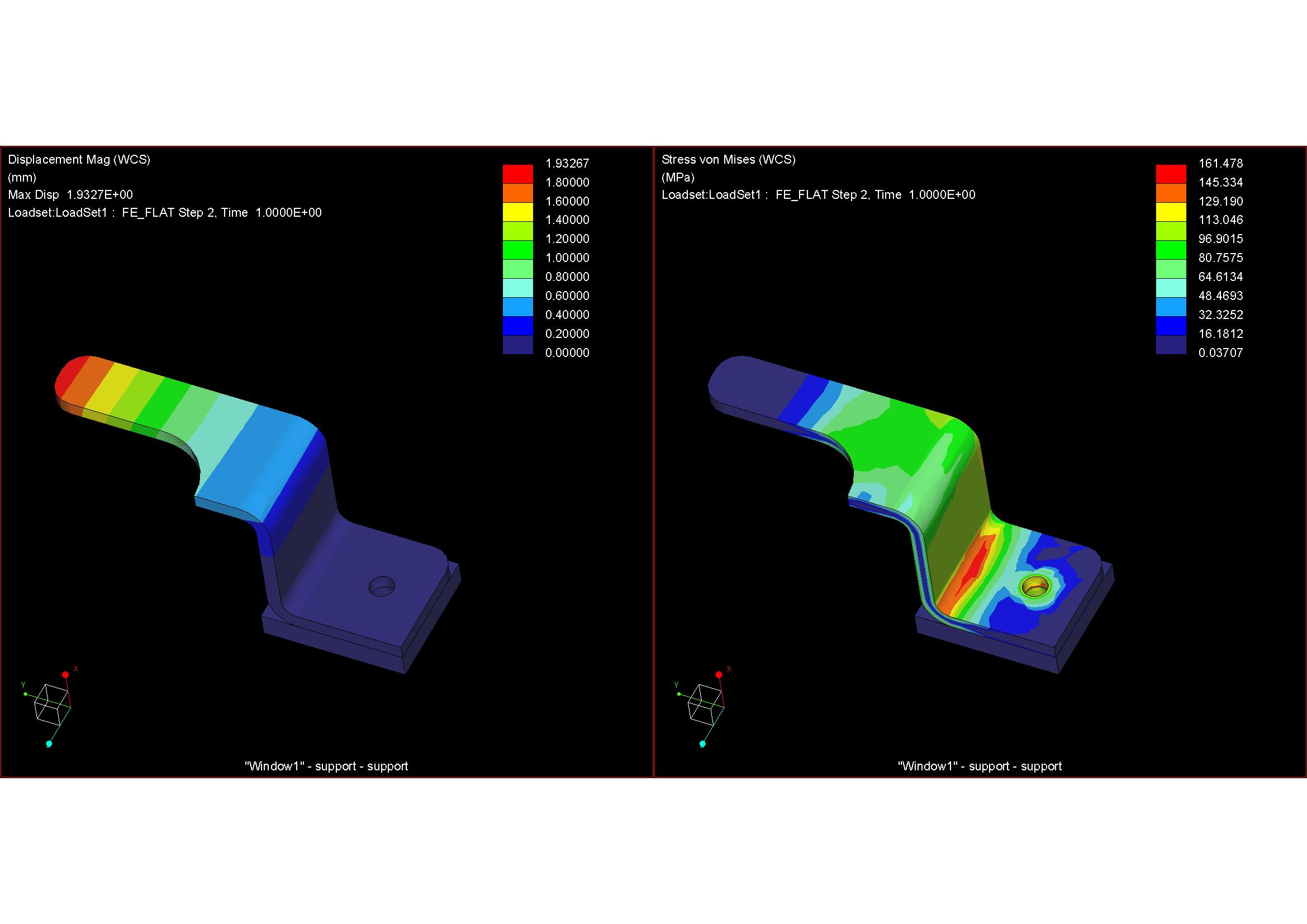 Nice Job, We can add the contact & large deformation to Limitations of shell model. also, u have used the symmetry feature from Simulate that too have some more advantages than using full model.

Thank you for your valuable Job.

Hi, in the drawing is missing some measures like inner and outer radius.

I'm trying to redo the exercise with solid non-tetra elements.

What about in modal analysis? Are the natural frequencies within 5% as your static deflection results?

A short test for Modal Analyses with only solid versus Solid AND shell in Creo 5.0.2.0. Strangly calculation time is MUCH MORE with shells than with only Solid in this case (49min. vs 1min). Mesh settings are default and only Quickstudy is applied, so I wouldn't worry over the result difference. I'm not ready to jump into conclusions yet, but at least be alert using shells in Modal. 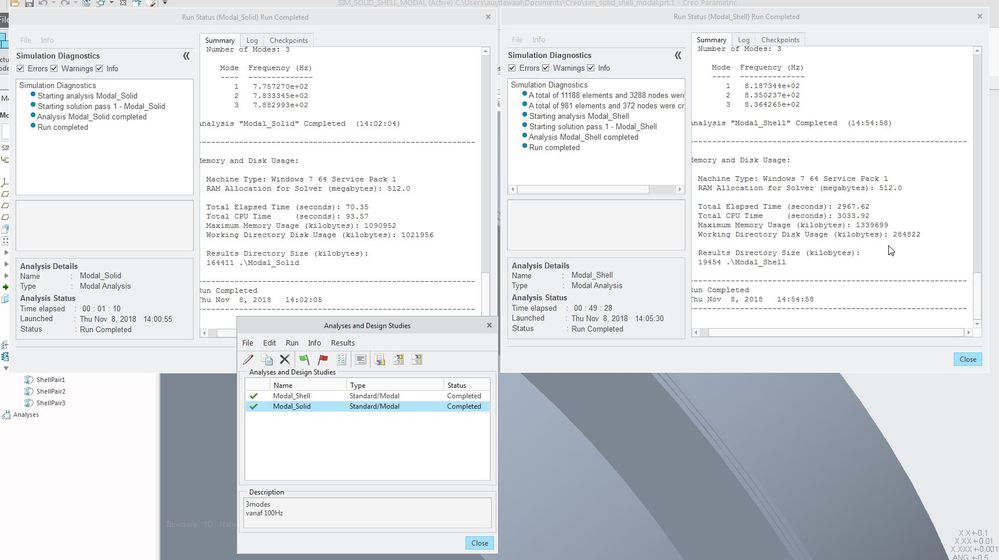 We found Modal Analyses (in this example) is only slow when using Shell Pairs, not with 'simple' shells (defined by a single surface).