In larger documents with several figures inserted using clipboard I have seen the following behaviour.

While working on the document it seems ok. Figures are places where I placed them etc.

After having closed the document and Mathcad and then re-opening the document I find that several (but not all) of the figures are shuffled around.

Have you seen similar? This is an extremely critical bug to us.

There is a chance for you to upgrade to the latest service release Mathcad Prime 3.1?

For Mathcad 15 (and below) we have the release notes telling us which bugs were fixed in which release.

Does a similar list exists for Prime? So we could look up if its a bug which already is fixed.

No, for Prime version, I have not seen such a list of bug fixes (which we have with every new service release for 15 version of regular Mathcad). Here is only a reference documents for Prime 3.1 version with no list of bug fixes:

Hmm, well, that somehow fits the other overall quality of the product - sad.

Maybe a similar list exists somewhere in the depths of Prime's "documentation".

Furthermore the problem with misplaced graphics (and even math regions) came up here quite a time ago (again concerning Prime 2) and my answer here -> Re: Mathcad Prime 2.0 Formatting Issue  looks like there were other complaints about it before, too.

Never heard here from similar problems in Prime 3, so I assume its a bug which is already fixed in Prime 3.

I mean for Prime 3.1 version, I have not seen such a list of bug fixes. Below is a full list of available documents from the "Reference Documents" section on PTC's site (link: https://support.ptc.com/appserver/cs/doc/refdoc.jsp?p=browse_results&Product=Mathcad%20Prime&Release... ) for Prime 3.1 version: 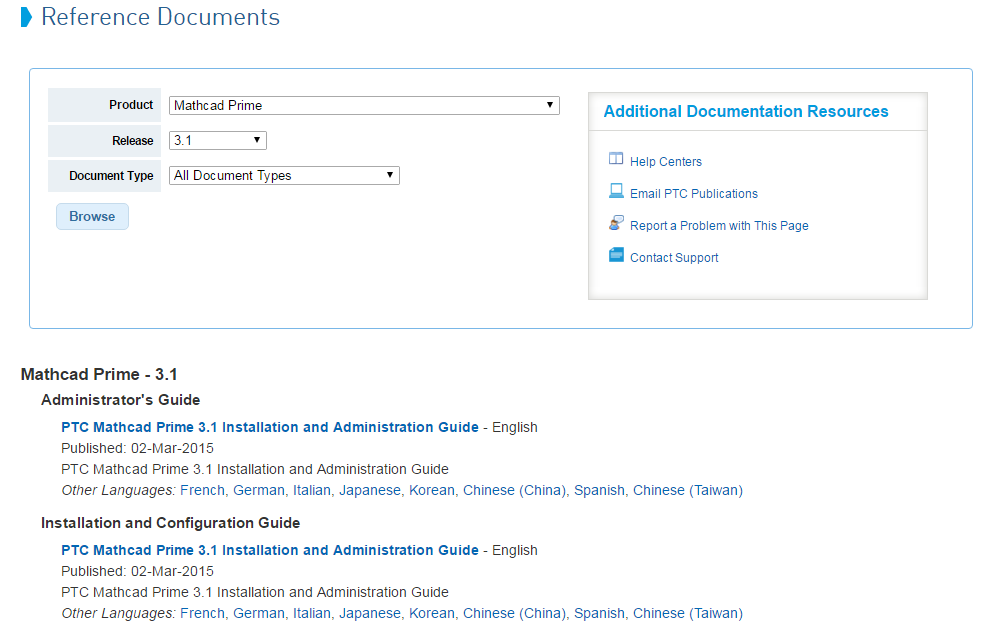 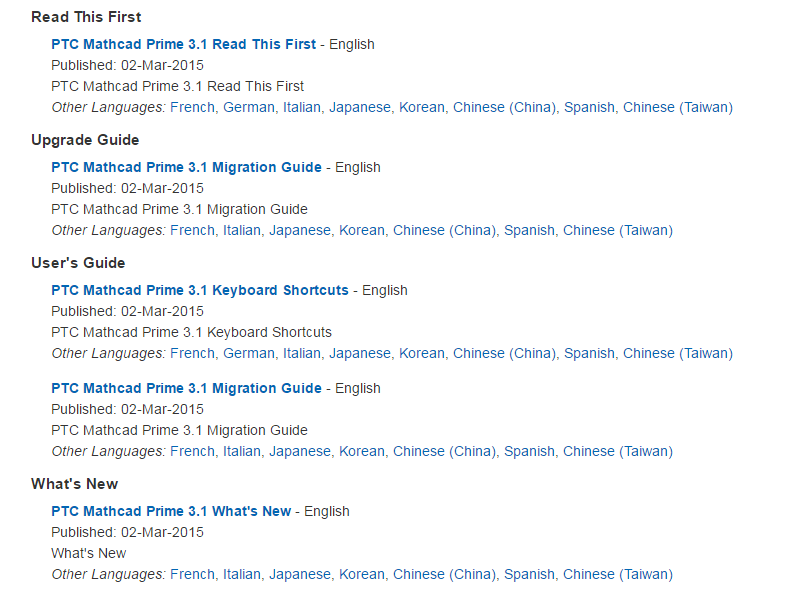 Maybe there is a chance, but it's a high school license and high school budget ... you know.

It's a very critical bug, high school youngsters facing examn very soon and we just discovered this issue on a few pc's, mine included (math teacher).

It would be great if others could confirm this bug as well.

I don't have Prime 2 installed and usually am using Mathcad 15 on a regular basis, so I can't confirm the bug myself. Guess using MC15 would have been the better choice for you and your students, too (the license file is valid for both versions) but now its sure too late to switch.

As you have seen from a previous post of mine the problem was reported here a few times at the times when Prime 2 was the current version (around 2013).

It looks to me like a bug in Prime (and I don't know of any workaround) which probably was fixed in later versions.